The Red Fox is built  lightly, being half as massive as other canids of equal size with bones narrower and the limb bones particularly being built much more finely. Body mass is further reduced by a large stomach; half as large again as other canines. This reduction of weight allows a fox to run extremely quickly and be very agile, trotting speeds between 6-13 km/h and running speeds up to 72 km/h having been cited.  Foxes are also very good swimmers and their long hind legs give them a tremendous leaping ability – as much as 2m vertically.

The fox being smaller and more energetic must eat more frequently than say a pet dog.  It is omnivorous with prominent canines which hold prey, incisors for cutting and shearing meat, and molars for grinding up bones and vegetable matter. 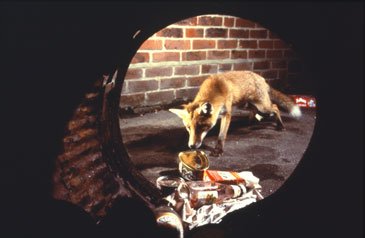 Another thing you will notice on a fox are its whiskers, or vibrissae. Longer than those of dogs, these more cat like whiskers extend from both the snout and also the wrists.  These whiskers give it much supplementary information when light levels are low.

Foxes have a natural cunning and are very good jumpers moving like a cat silent and fast they will easily scale a 6ft fence panel and walk along the top edge  They make there homes in well established compost heaps, under sheds, decking and on unused waste ground. They have no appreciation of patio areas, lawns or veggie patches and are quite happy to soil anywhere; it is known as markingth ere ground.  The cubs will be trained to dig your garden for grubs and worms  its not an act of vandalism but their nature. 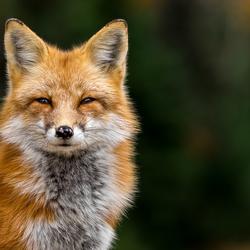 Do Not Feed Them

I recently received an email from a lady, telling me how she hand feeds her foxes and they don't harm her or her grand children and  they also don't foul on her lawn!  I would suggest that is because they are fouling  on someone else's lawn and destroying their garden.

Litter sizes vary, however it was noticeable that last year they where bigger than the previous year.